Jumping on the Bollywood train with Taj Express

If you can manage to get tickets to tonight’s show of Taj Express, do it. Alberta Ballet’s season opener is only doing a couple shows in Edmonton – last night and tonight – before the production continues its North American tour.

Taj Express is a fusion of classic and contemporary Bollywood dance and music, loosely strung together with a very Bollywood plot about a young music producer, Shankar (Ninad Samaddar), who is writing the score for a fictional Bollywood film. He wants to write music like his idol, A. R. Rahman: the Bollywood music superstar who has earned dozens of awards for his work, including two Academy Awards for his music in the 2009 film Slumdog Millionaire. If Rahman is the “Mozart of Madras,” muses Shankar, then maybe he can be the “Beethoven of Bollywood.”

The show features a robust array of different dance numbers set to music by Rahman, as well as Salim and Sulaiman Merchant. Classic dances appear alongside contemporary pop numbers, along with a hearty infusion of traditional Indian dance flavour. Of course there’s a Punjabi number, where the audience is encouraged to get up and let loose. I was surprised and a bit delighted at the number of people who did get up and bust out their best bhangra moves, especially as a lot of the crowd looked like more reserved, traditional ballet subscribers. 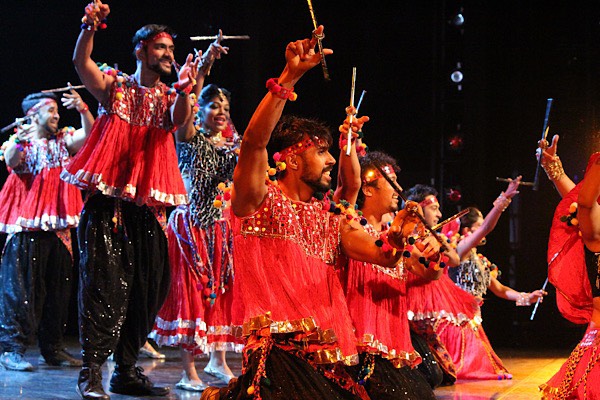 The talent, energy and enthusiasm of these two dozen performers is marvellous to behold. The costumes (by designer Bipin Tanna) were a visual treat: a kaleidoscopic buffet of dazzling colours, textures and shapes. One of the most remarkable things about this production is the sheer variety of costumes and the corresponding backstage logistics that must happen to get two dozen people in and out of over a dozen different costumes in between dance numbers. There must have been a lot of Velcro involved. 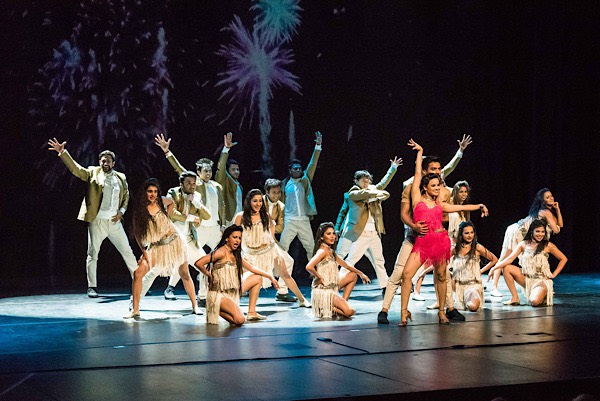 In a Bollywood movie, the dance sequences are stitched together from hundreds of individual cuts; the performers only have to do a few seconds of a song at a time. Here, live on the Jubilee stage, there are no cuts or second takes – and the performers don’t need them. The calibre of the assembled performers is amazing. Each dance number is perfectly delivered, back-to-back, and with all those aforementioned costume changes between each one. It’s a different type of magic than what you’ll see on the silver screen – and, frankly, more impressive. 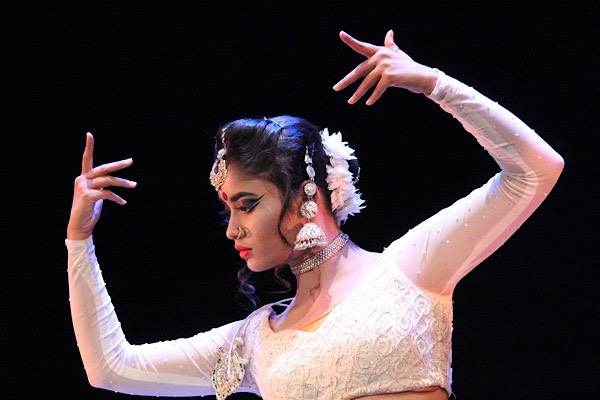 Taj Express hails from Mumbai and has been touring the world since 2013. They kicked off their North American tour sponsored by Alberta Ballet, first in Calgary last week and now in Edmonton. That alone is a testament to how Bollywood has infiltrated western culture – thanks in large part to efforts by artists like Rahman. Nonetheless, we really don’t get to see shows like this very often in Edmonton – not on a live stage, anyway, and not of such high quality. Grab tickets while you can; it’s a treat.

Created by Vaibhavi and Shruti Merchant

1 thought on “Jumping on the Bollywood train with Taj Express”